What makes a great entrepreneurial leader?

The founders of our nation were uniquely great leaders. After fighting bravely for Independence, many of them went on to help with the drafting of the constitution that was finally unveiled three years after India attained her freedom in 1950. This day is commemorated every year on the 26th January as Republic Day. On the occasion of this Republic Day, take the opportunity to learn about one of today’s most common business conundrums - what makes a great leader as opposed to just an average manager.

What makes a great entrepreneurial leader?

A lot of people have come up to me and have asked, “How do you lead a company? What are the qualities that make a great leader?”

The first thing I tell them is – just remember, a company you start does not belong to you alone. What I mean by that is, for an entrepreneur to operate his organisation well, he needs to employ people of varied skills. Here’s the catch - What sort of qualities should one expect in a person being hired? Is the position simply to ensure that the team works cohesively or, is it something where the they are expected to lead from the front?

For an entrepreneur it is very important to understand the difference between a manager and a leader. Often, this lack of clarity leads to various issues that could leave an impact on the business and the people involved.

Here are some tips to identify leadership qualities in a person

A manager or a leader?

A person with only managerial skills will only look at getting the work done by driving people, while a leader will not only get the work done but will also mentor and coach the staff to get the ‘best’ work done.

Many a times, a person promoted as a manager from the ranks would like to wield his new-found authority on his colleagues. However, a person with leadership skills will enforce such an authority in a subtle manner using goodwill and friendship. This brings in a sense of commitment from the staff.

The joy in leading

A person with leadership qualities will be able to generate enthusiasm among team members instead of fear and tension. There will be no favouritism or unfair treatment meted out to the team members. A leader will be quick to appreciate good work done and also point out mistakes and delays without fear.

A leader will always promote his team ahead of himself. He will not mind giving all credits to his team even if the major part of the work was done by him. A leader will also not hesitate to take the blame in case of failures. Team members thus feel protected and therefore are encouraged to try new things.

A leader keeps himself one step ahead of the team in terms of knowledge and skills. In case of a failure or a breakdown, instead of looking for someone to blame, a leader sits down to fix the problem. At the same time, he ensures the knowledge is passed on so that his team is well prepared for the next time.

Help them - But don’t babysit!

A leader knows that helping someone does not mean doing the work for them. It means empowering them to figure it out themselves. There may be obstacles and failures in this approach, but it’s an excellent time for a leader to step in at the right time to avoid crises.

A leader always thinks long term unlike a manager, whose main worry will be to solve immediate problems. This is where a person with leadership skills can be of immense assistance to the business owners for making strategic decisions.

Another important skill for a leader is – listening. A leader listens well in order to make the best decisions. We have all seen people in our careers running around with serious faces claiming they are too busy even to return phone calls. Such persons slowly become alienated and isolated from their team members and others. A leader, on the contrary will have an ear for not just their team members but also on those outside the organisation. Even though such a person may be overwhelmed with work, a good leader will be a master of time management and therefore will hopefully never claim to be busy!

Too much or too little

Leadership is a wise-mix of being hands-off and hands-on. Being someone totally hands-off and not getting involved in the team’s decisions could lead to failures and delays. Being too hands-on will not let the team develop their skills and nurture their individual talents to bloom.

It’s all about the destination

Many years ago, a British boss whom I worked for, used to give me free rein on any project I was assigned to. He will simply ask me, “Sridhar, do you think you can do this? If you can, go for it”. I learnt that the ‘Don’t ask, don’t tell’ policy often makes one more committed, responsible and recognised. I follow the same principle with my staff.

Managing partner of Innovatus Systems, founded by him on January 1, 2013. Sridhar is a result oriented professional with over four decades in the Information Technology &...

Other articles written by Sridhar Narayanaswamy 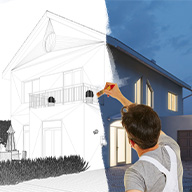 Shining the light on the Paint Industry with an innovative app 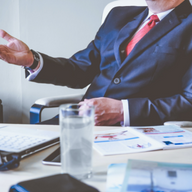 How to boss around or not to? 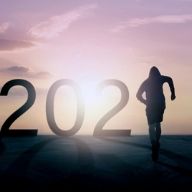 How to create a custom domain for your online store?

How does your domain & hosting server matter in terms of SEO?

A mid-life pursuit of entrepreneurship can be daunting

Brush up on the basics of entrepreneurship with these topnotch tips

Want to read more on Entrepreneurship?