We are women: Hear us roar!

Summary: We celebrate International Women’s Day on March 8 every year. But do you know that there is a very interesting history behind celebrating this date? Well, the very first Women’s Day was observed on February 28 in the year 1908 in the United States in honour of the garment worker’s strike in New York, where women protested against their working conditions. Later in the year 1917, after women gained the right to vote in Soviet Russia, March 8 became a national holiday there. It was only in the year 1975 that United Nations (UN) recognsied March 8 as International Women’s Day. This day is a tribute to the women of the world for their contributions to society. GlobalLinker member Shalini Sridhar, shares her thoughts on Women’s Day and what the 2019 UN theme for this day means to her.


From the time activists picked up placards and marched for women’s rights, the notion of gender equality has come a long way today. Starting from the right to vote, expecting fair wages, possessing reproductive independence, having access to education and to be free from violence and much more, women’s rights have now become synonymous with human rights.

The 19th and 20th century saw a movement of change, where these rights of women and girls were eventually recognised. No more are women considered weak today. From occupying positions of power to fighting alongside for the nation, women from all walks of life are claiming their privileges to be treated as equals.

What does this mean to me? With advances in innovation and technology, there is still a divide we see in gender equality and opportunities for women to be part of the discussion. This year’s theme is aimed to address these issues, by providing a more balanced platform to allow ideas, innovative thinking and urging women to shape futures alongside their male counterparts. The intention of this theme is to see a future where technological advances in infrastructure, education, social environments are equally governed by men and women.

Technology that grows in leaps and bounds should remove these barriers and remove impediments that say women “cannot do it”. We look forward to building a future where progress is enjoyed by both sexes equally.

Once when it was silent.

Shattering the sky to let in the light.

Never again be put in a box;

Or conform to archaic mind sets.

Striving for a world of balance has never been so strong.

Here’s to aiming for a gender-balanced world;

For every boy and ….every girl! 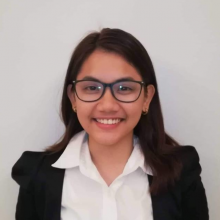 Other articles written by SHALINI SRIDHAR 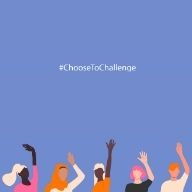 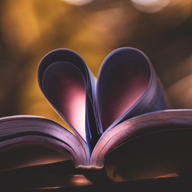 Love yourself, love your work 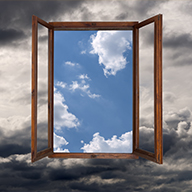 A challenging year. An optimistic tomorrow

Women’s Day: From awareness to growth

Women and work - then, now and in future

An ode to the inspiring women in my life