New Wage Code Deferred – No changes to salary structure yet

With the start of the new financial year, the government has announced that the new wage code affecting employees’ take-home salary and outgoing PF will not be coming into effect from 1 April 2021, as expected earlier.

According to a senior labour ministry official, India’s new salary rules are not coming into effect from today as it has been deferred. The new wage was expected to bring changes to the existing salary structures of most of the employees.

The four labour codes which are not going to be implemented starting 1 April 2021 are:

The above-given codes will not come into effect from 1 April as states are yet to finalise the rules, which means that there will be no changes in take-home pay and provident fund liability of companies.

‘Since the states have not finalized the rules under the four codes, the implementation of the laws is deferred for time being’. Few states like Uttar Pradesh, Bihar, Madhya Pradesh, Haryana, and Uttarakhand have, however, already circulated the drafted rules.

What Is a Wage Code?

The word wages refers to ‘all remuneration’ given to an employee. The wage code was passed in December 2019 and, according to the code, the wages will be split into three sections: basic pay, dearness allowance and retention payment.

Points Included in the New-Wage Code

The new wage code specifies that minimum wages must account for half of an employee’s CTC. According to the new draft, the allowance part of the total salary cannot exceed 50% of the total salary, which means that the basic salary must be 50%.

Previously, the PF was based on an employee’s basic salary. But now the employer and employee’s contributions will be based on half of the CTC. Therefore, your PF contribution will be increased, but your take-home pay will get decreased.

Also read: New PF tax rules from April: How will it impact you?

Gratuity will also be adjusted according to the new wage code. Further, gratuity is the amount of money accumulated for you at the completion of a final and permanent work term. Even after a year of service, the employee is authorized to a gratuity.

Employees with a higher salary would pay more tax because the tax planning option is limited to 50% of the CTC, whereas the lower-salaried employees would be protected by higher retirement contributions and lower taxes.

This delay comes as a big relief for Indian companies as it will give more time to companies to rework the employee’s salary structure and other HR policies. Once the wages code comes into force, the biggest change in the salary slip will be the way of calculation of basic pay and PF of employees.

The government wanted to ensure that millions of workers’ retirement plans were safe. Thus, the new wage code was announced. The new wage code provides the workers with greater stability and assurance. Once the wage code is implemented and your company restructures the salary provisions, you can consult with us to understand the pay structure better and then plan your investments accordingly.

To explore business opportunities, link with us by clicking on the 'Connect' button on our eBiz Card.

Greetings! We would love to work with you and your company. We look forward to connecting with business houses and MSME's.

Other articles written by Vakilsearch Staff 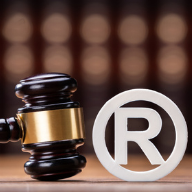 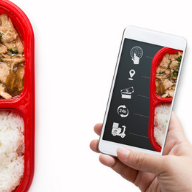 All you need to know about 'grapevine communication' and its impact

What are the legal documents required to start a business?

How to convert a sole proprietorship into Private Limited Company?